My Sexual Experience with Indian Men 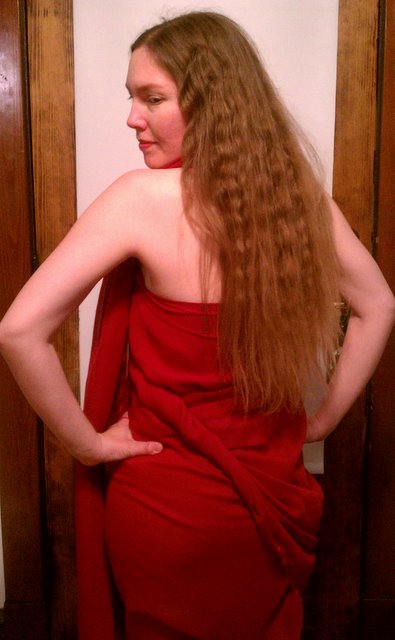 For the past decade, I’ve worked as a sexual surrogate in the Midwest USA. A sex surrogate, or surrogate partner, is someone who teaches people intimacy and sexual skills through hands on methods.

Out of all my clients, I have worked with about 40-50 men who were born in India, but now live in the United States. Their age range is 30-50 years. Some have arranged marriage, while others are single. They obviously have family financial advantage in order to come to the Unites States for school and work. This is a small sample size, but I’ve experienced a curious theme with almost all of them.

These men grew up with very little sex education. They often went to boy only schools. They have minimal sexual exploration prior to getting married to a woman who is also very inexperienced. They end up frustrated by sex because they lack knowledge of anatomy and skill. In addition to inexperience, they also suffer from erectile dysfunction (ED) and rapid ejaculation.

A typical Indian man client will come to me in order to learn how to be a better lover to a woman and to also address his rapid ejaculation issue. From the questions I ask, I learn that while he would prefer to have sex with his wife 2-3 times a week, they end up only having sex once every 4-6 weeks. They keep their sexual interaction to a very basic level – there is rarely any massage, oral sex, shared sexy talk of fantasies and desires, or toys being incorporated into their lovemaking sessions.

Most of these men do not know how to kiss or touch a woman. They have a very passionate and magnetic attitude toward women, but they approach a woman very hot and frantic, as if they are a hungry wolf and she is a delicious prey animal. The man is drawn to the woman and her female energy, but they also fear her sexuality. They are in eager and in awe, and it makes for an immature advance, which is off-putting for the woman.

The man hurriedly grabs at the woman and is rough and fast. When he enters the woman, he is already so agitated, he has a quick orgasm. Then he immediately feels shame and retreats, eyes averted, sometimes leaving quickly. Disappointment shrouds the encounter instead of joy.

Most men lack an understanding of how to approach a women:

I regard creepiness as pushing boundaries and personal space too soon – eagerness and lack of social awareness makes this behaviour repelling, instead of compelling.

Let’s take the old chicken or egg dilemma. Guess what? The egg came first, and women represent the egg. Men – you came out of an egg. Don’t peck the egg to death when you’re trying to get back in.

We’ve all experienced abuse and trauma, but men should assume that women have experienced about four times the abuse and trauma as a man. Women are more likely to be victims of abuse and violence. Women have to do more emotional labor. So when you come at a women wanting things, you need to know that they have already been hit up five times that day, and are already even more depleted than you are.

Instead of making big asks right off the bat, come at women with a “what can I do for you?” attitude, so that they feel comfortable. After all, you want to energize her, not drain her. Once a woman feels comfortable and valued as a human being, THEN you can get freaky later on.

Being pushy, entitled, and dishonest will only drive women further away from you.

Here is what I wish to teach all of my male clients: a woman wants passion as much as a man, but she needs to be approached differently. Imagine the man is a torch, and the woman is a gold chalice filled with water. The man should not jab at the woman and knock her over, spilling the water. Instead, he should gently approach her with an open heart, caress the sides of the chalice with his flame, warming her slowly, causing the gold to glow, and heating the water within. In time, the water will be nice and hot and inviting for both of them to bask and enjoy.

In other words, both the man and woman needs to learn how to conquer shame and replace the fear with love. They must learn how to give and give, and realize that bodies are temples of pleasure and to conduct themselves with pleasure and playfulness in mind.

Men should recognize that a woman’s body is a lush, full landscape to be explored with gentle fingers and tongue. A woman’s body is more than just her breasts and genitals. Women love maturity and appreciation. Lovemaking can be a form of worship. Consider the ritual of preparing for lovemaking – bathing and adorning yourself. Then there is the ritual itself of shared ecstasy. Do not forget the aftercare ritual – cuddling, communication, cleaning up and rest.

It is difficult to overcome decades of sex-negativity, but with patience and compassion, a positive shift can be made, and both men and women can greatly benefit from a mutually respectful approach to sex – it is a creative expression and celebration!