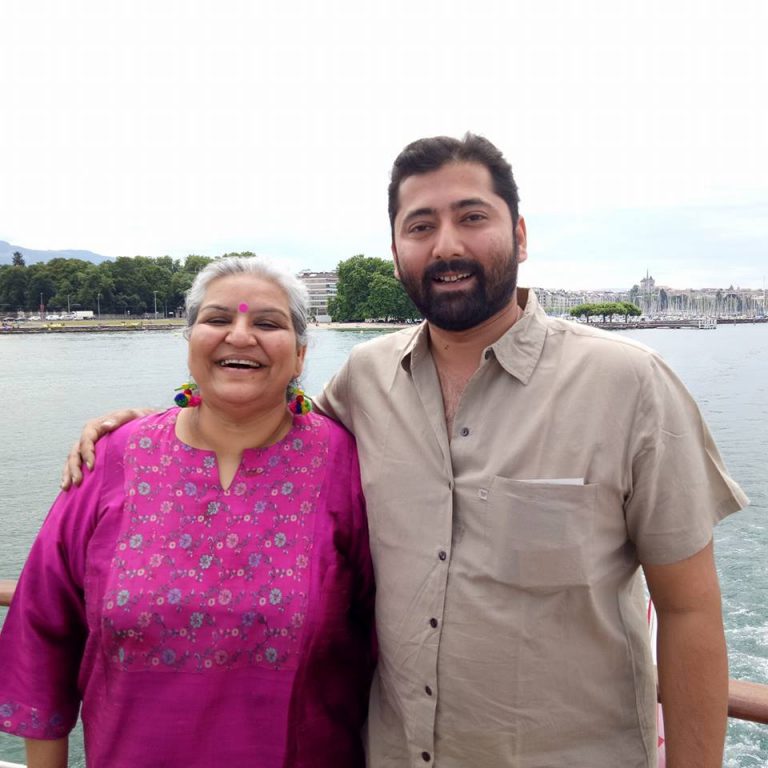 A warm thanks to the social activist Ms. Madhavi Kuckreja for sharing her picture with her partner Mr. Askari Naqvi.

I have mostly been with younger men – from a year to seven years younger. My only older-man-dating-attempt asked me once why I preferred younger men. I hadn’t given it much thought until then. I started observing my dating behaviour after that and noticed that I fell for the boyish charm hidden behind the ruggedly handsome faces of those younger men, coupled with their energy and the desire to please the older woman they are dating. This has been my experience. And for those who say that younger folks are immature, I couldn’t disagree more. Age is never a measure of maturity. More often than not, people drag through years without learning much. And those who learn, do not need that many years to grow and attain ‘maturity’.

But this isn’t about why I fall for younger men, this is about why men prefer older women (those who do). After talking with several men, I discovered the following as some of the reasons for their preference for older women.
Older women have better clarity about what they want and they are vocal about it. The clarity can be about what to order in a restaurant or career choices or sexual desires and wants. Men do not need to play much guessing games with them as compared to younger women.

‘They are less drama than younger chicks.’ The way one of my acquaintances remarked, I couldn’t help laughing. I said, ‘Women are drama, irrespective of the age.’ To which he replied, ‘Less is the keyword in that sentence.’ He may be right there. I am less dramatic now as compared to my younger self, so maybe.

‘Sex is way better with older women, man!’ This was a reason cited by many men. It holds true because women develop a better relationship with their body and themselves with age. They discover and become comfortable with their sexuality (at least those who explore) and aren’t hesitant in expressing their desires in bed (though this is still a relatively small segment of women).

Several men said, ‘Older women are less likely to be clingy’. Of course, no surprises there! We know our shit and we have understood with the time that no man is worth our peace. Also, we are aware of what works with you men. Don’t be clingy, don’t show a lot of interest, keep some distance and some such little tricks make you men tick and stick.

‘Older women are confident and confidence is attractive.’ My personal favourite. Confidence and decisiveness are definitive attractive traits in a person.

One interesting observation by a random man I ran into in a café – ‘Older women can catch subtle hints. They know when they are being flirted with and catch your bullshit right away. It can sometimes bite your own ass but I personally find it charming.’

A dear friend of mine says that older women appreciate sophistication and can stimulate you intellectually, which works for men who love engaging and intelligent conversations. In his experience, younger chicks generally are boring at conversing.

These observations do not intend to stereotype or generalize any gender. These comments are entirely based on my interactions with men. Do you have any points to add to the list? Let us know in the comments.