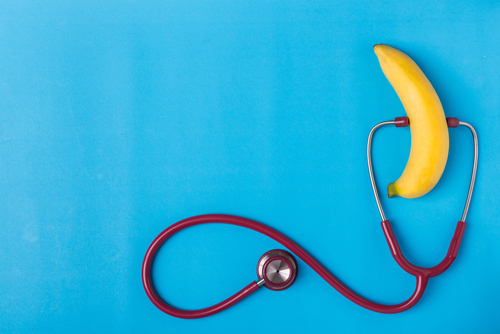 A friend called me up recently, stricken with panic. She had been on a date with a guy she has been attracted to and ended up having unprotected sex with him. She didn’t have a condom and she couldn’t muster up the courage to ask the man if he had one. Her vagina had developed an itch the next morning. She barely knew the man and was gripped with the fear of having caught a sexually transmitted infection or disease (STI or STD).

Pallavi shares her experience, “I dated this man (in his late 50s), a super successful photographer, who owns a bungalow, a driver and three cars (riches are a turn-on for me). During one of our meetings, he asked me to go down on him, and while I was not comfortable letting him enter me (because I was not sure of his STI status and also that he bragged that he has slept with over hundred women), I gently kissed his penis and left it at that.

Later I had this apprehension that what if he has an STI and also because oral sex can also transmit certain STI’s though the risk is much lower, it is not negligible. I texted him to check if he knows about his sexual health status. To which he replied ‘This is utter, unadulterated nonsense.’”

In the present times, where we have a more laissez-faire approach to sex, how do we ensure we are sexually healthy? It is important to know the sexual history and behaviour of the person you’re going to jump into bed (or pool or couch or whatever you are jumping into) with. And we all know it is an awkward as hell a subject to talk about. Moreover, we don’t know how to break the ice when it comes to such conversations. We are wrought with doubts and uncertainties but we don’t know how to go about these talks that would not only keep us safe but also show us if the other person cares for us. Here are a few pointers that we hope will smoothen this awkwardness at least a bit.

Communication is crucial. We know that. Still, we aren’t adept at using this basic skill. I take my time to know the other person to a degree where I can indulge in sex with him. I generally begin with sharing my sexual history which gives the other person the comfortable space to open up. To cite a personal example, I once ran into a good looking and charming writer and theatre actor. I was infatuated with him and couldn’t stop thinking about him for days. I learnt that the man had slept with a large number of women. It doesn’t take a mathematician to figure that higher the count of people one has slept with, more are the risks of an STI. I told him up front, “If we are to have sex, I need to see your STD test report.”

I don’t ask you to get every man or woman you meet to go through a test. The sexual history of a person gives you clues about how careful or reckless a person is. You have to then make a wise call. While it’s much easier to have sex than to talk about it to the same person, it is crucial nonetheless. Know the person whom you’re going to trust your body and intimacy with. If the other person is not open and honest to you about his/her sexual behaviour, is he/she even worth your confidence and intimacy?

Have the conversation not during or after the act but before that. Choose a comfortable time and setting. Talk over a drink in a casual manner, not like a police interrogation. Take small steps. Go out, talk, talk a lot with the person of interest. Make out, cuddle, or indulge in mutual masturbation. Observe how comfortable you and your body are with the person and how he/she treats you in bed. Sex is intimate. We place certain trust in the other person. We not only shed our clothes but also our masks if we’re observant enough to notice. How a person behaves in bed and makes you feel is a great measure of his/her personality.

Use protection. This cannot be emphasized enough. I hear so many stories where a man doesn’t like to use condoms and prefers to have unprotected sex. I am not talking about long term relationships. It’s quite common even in the casual dating scene. What I fail to understand, however, is why would you let anyone do that to you? If a man cannot understand the importance of sexual health and doesn’t respect that, it’s a deal-breaker for me. Period.

Get periodic tests done and bring the topic up with the other person. Ask them if they have ever taken the tests. If yes, what were the results? If not, why not? There are a lot of stigmas attached to STDs and conversations around them, but it’s better to be aware than compromise our health.

Set your own ground rules and adhere to them. Sticking to your own rules boosts your confidence and gives you control. As a rule, I don’t get involved with men who cannot be open and honest to me or don’t share the concern about sexual health that I have. It’s a rule I cannot break. I may lose a potential steamy sex encounter but there’s always hope for another one as long as I have my health. While I appreciate transparency, subterfuge is a turn off for me.

Time is an important factor in making the right decision. Take time, choose wisely and stay safe and healthy.

How do you ensure your sexual health and safety? Tell us in the comments.