Codependence and how our past holds onto us 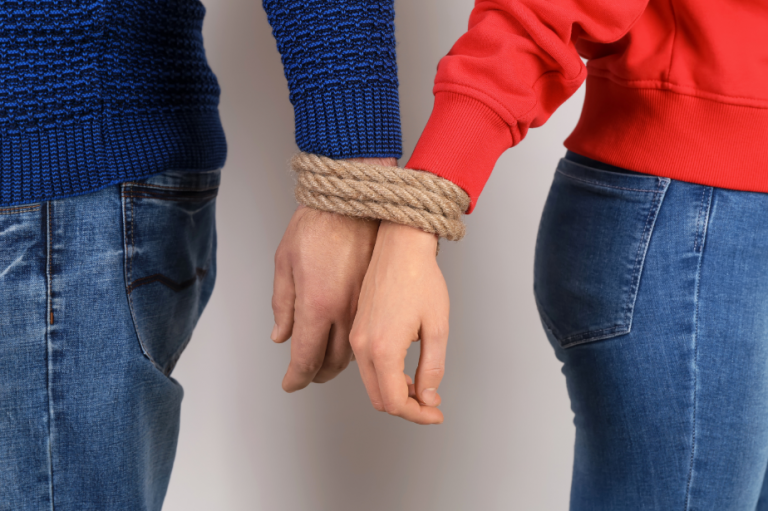 Kandarp Thaker is a young successful professional based in the US. He is smart, attractive, intelligent, and confident.

So it would be easy to assume that he has had some wonderful relationships, right?

Kandarp has, in the past, been in two long relationships. Both abusive and toxic, the women sought him out (yes, both initiated by the women), and preyed on him. Gave him what he was looking for until he lost himself. By the time he woke up, he had been used and in the balance sheet, he had no assets, no goodwill, and no happiness.

I was introduced to this girl by a childhood friend who he met through Tinder and was dating. Me and the girl became friends and started talking often. Our conversations were interesting as we had a lot in common – likes, dislikes, opinions. I had developed a crush on her and she knew but since she was my friend’s gf.. I kept my distance. Within a month of their dating thing went sour between them and they broke up.

Few days after that, she said she likes me and would like to be in relation with me. I was being reluctant as she was my friend’s gf, also she was in India and I, in the US. She, being persistent, used to call everyday. We got along well and eventually got into the relationship. We had good communication and understanding between us
and things were going smoothly. Without me asking, she deleted her Tinder account and made promises of being loyal, honest and dedicated. Each passing day I used to fall more and more in love with her as she was being so dedicated.

After couple of months, she started playing online games on her phone and started spending more time there. She used to be up late till night playing those games with her online male friend to whom she introduced me later. i did not find him right and i tried to warn her.. but she did not listen to me. Her calls started getting busy at night and she started ignoring me.

One day, the same guy calls me on messenger and tells me to break up with her. We sent me few screenshots when we got into argument where she asked her online friend to be her in game boy friend to show off other girls in the game, heavy flirts, and late night conversations. When i asked what the hell is going on.. she says to stay out of it and not to invade her personal space. That’s when her behavior started changing. She started keeping me in dark and later i found out she’s still in contact with her ex and they talk everyday. She used to share every personal detail of her relationship to her ex. Again when i told her i do not like her talking to her ex.. She says he is now just a best friend and i shouldn’t have problem and I should have trust on her. Her ultimate weapon.. Trust. The day she felt that I’m totally into this relationship and love her a lot.. she got back to her original self. She started using tinder again and went out on dates, saying it’s just for fun and she just makes friends..nothing more and that i should “trust” her.

And this is not the first time for Kandarp. It was like a feeling of déjà vu. Of the same thing happening again and again. Kandarp shared his previous experience as well.

I met this girl at a party who was 6 years younger than me, we just had casual conversation. We had a mutual friend who told me that she was talking about you and wants to become friends. We met, introduced properly,
exchanged numbers and used to chat daily. After few months of this she asked me out for relationship.

Since it was my first time, i was happy with that and i liked this girl too. Thing was that she was 17 when she asked me out. And without realizing future possibilities i accepted. She used to skip her school sometimes to meet me. I asked her not to do that as she needs to focus on her studies too and she being underage.. skipping would get you in trouble but she said she wanted to spend more time with me.

She had this childish behavior which bothered me a lot. Around 6 months after our relationship, i decided to go abroad for further studies. But things changed after i came here. Her immaturity grew with each day. She wanted to talk all the time and share her gossip she did with her friends. I made friends here including girls. Few of them were class mates and we studied together. She being immature & extremely insecure, started doubting and asking questions and whereabouts. She used to ask me to send her screenshots of my call logs, contact lists and asked for Facebook, insta id passwords. I started having thoughts about this relationship as we used to fight a lot and so much explanation and justification. I broke up with her the day she asked me to cut mutilate myself to prove my love for her. She then apologized and pleaded but i was done with that.

The answer to why Kandarp behaves like this and gets him into situations that eventually turn toxic and affect his health (both physical and mental) can be found in his past. We asked him to talk about his childhood. And this is what he shared with us.

I grew up in a struggling family, so childhood was full of compromises and understanding. Also i was not a bright child in studies back then and terrible with math.

With my uncles being doctors and their kids (my cousins) being good in studies
and ranking in school, i was expected to be like them. I used to get depressed with constant comparison and peer pressure.

The belief that was set in Kandarp by the constant comparison with his cousins (by his parents whose primary task is to keep the child safe), it amounted to mental abuse. What Kandarp was looking for was acceptance and what he was subject to in turn was ridicule. And this led to him believing that he ‘wasn’t good enough.’

Despite struggle, my parents used to send me to this private tuition class where teacher was very strict and would take any measure to make sure i study. Every time i made some mistake or did my calculations wrong, she used to hit on knuckles with steel ruler. If i missed my homework or did not understand something, she used to hit on my leg, thigh and back with the thin stick like “hunter” used for horses. My parents used to see marks all over my body but they thought it was necessary.

Again, a little boy being physically abused by a Teacher had his parents (his protectors) looking the other way. In the mind of the little boy, what gets highlighted is that ‘you are on your own. We are paying money, more than we can afford, and you better stop complaining and deal with it.’ The belief that he was ‘not good enough’ was being further ingrained.

In fifth grade, i had ran away from my house as i couldn’t take it anymore but was found later.

This is the ultimate cry of a young boy to be ‘saved’ from the life that he had been subjected to. His freedom was also short, and he was brought back to the same environment that was damaging to him. The belief that was generated by this incident was ‘I have to live like this – nothing is going to ever change.’ Acceptance of abuse legitimises it.

Also my parents had conservative mindset, so they did not like co-education. I was kept in missionary school primarily for this reason. Therefore, throughout my school life, hardly had any interactions with girls. I used to fear girls as if they were some alien (I overcame that late once i started my college). These are some of the bad experiences due to which i became socially inept.. a black sheep in the crowd with no confidence to take stand for anything.

As a young boy, the basic response to anything unknown (in this case girls) is fear. Especially if the boy has a deep-set belief that he is ‘not good enough’ and ‘nothing is going to change.’

My father did service in diamond company. He came from a Maharashtrain patriarchal family. My mother, coming from small village in Gujarat, she did everything asked and she’s was the only person I used to look forward to. Their relationship was good.. ups and downs but nothing major. Since childhood, i have been witness to domestic violence often.

Being witness to violence at home, and the person he loved the most (his mother) sufferening, reinforces the belief that women need to be taken care of and cannot be rebuked.

So what are the beliefs Kandarp picked up from his childhood experiences:-

I liked the way she was friendly and open to me, her thoughts, our similarities, her interest in medieval history. I am a kind of person who won’t go on looks but
rather nature and compatibility. Her mom had asked me the same question coz she thought i liked her for her money and fame. or else why would you, being in US would like my daughter as she’s chubby, doesn’t work, don’t know how to cook. My answer was – I like her for who she is and not due to materialistic things.

If you see both these experience, Kandarp feels an attachment for anyone who would give him attention. That’s what he is seeking. And he opens up and is actually ‘thankful’ for anyone who does that and willing to go all the way for them when they do.

I fell for her so hard that i loved to see her happy and smile on her face.

His abused mother still residing in his head, he wants to be the man who would bring the smiles on the face of those he loves. And that’s how the mind works. That’s why, even after multiple times of cheating and violations, he still goes back to the girl.

I was also in hope that someday she’ll realize how much she means to me.

The question that all of you must be thinking as to what can he do, to break the chain of codependence and lead a happy fulfilling life. The answer lies in changing the beliefs that are propelling him to act in this manner.

He needs to start believing that he is no longer a 12 year old shy awkward adolescent who is not good enough. And he gets attention because he deserves it, no one is doing him a favour by being attentive to him. It’s a choice they are exercising because he is ‘good enough.’